It seems that nowadays, it is daily that people are claiming to have had alien encounters; every once in a while, a story breaks through to the mainstream. Of these testimonies, evidence is a rare thing to come by, so historically not many people have paid attention to them; it is not easy to prove events with only one witness. This particular situation from Ruwa has an abnormal amount of evidence which is why it has and will remain one of the most significant events in UFOlogy.

Possibly the most impressive UFO encounter took place in September of 1994 in the Zimbabwe town called Ruwa. A group of 62 kids at the Ariel school were at recess, and all of a sudden, all these kids started seeing a variety of hovering objects above them. Not only that, but all these kids state seeing a craft land before them and a small creature came out. 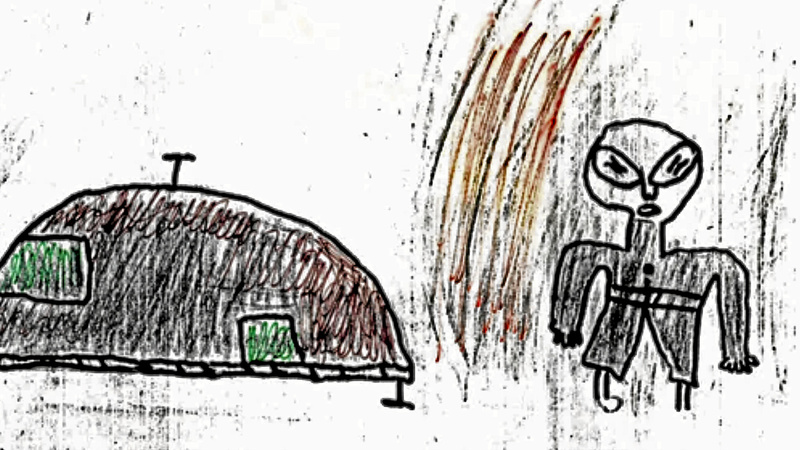 This report might not be that impressive if only 1 or 2 people experienced and saw this event. But it’s spectacular to see that 60 different persons actively had the same experience. According to Dr. John Mack, a Harvard psychiatrist, each of these children shared the same story. In addition, when these kids were asked to draw an image regarding what happened, all pictures were very consistent. There was no delusion or psychosis, and it adds more substance to the story as a whole.

It’s important to note that those kids started going inside the school and alert teachers. Unfortunately, there’s no report of any Ruwa teacher actively seeing any of these beings. Yet, the fact that over 60 children were reporting the same thing with outstanding details is quite the proof for an extraterrestrial encounter like this.

Some of the kids stated that the alien even communicated with them, saying that we are not adequately taking care of the planet. Many kids from that ground remained affected by this encounter, with visions and bad feelings that if we don’t take care of the planet properly, bad things will happen, and that’s a crucial thing to keep in mind.

Those kids are now grown up, but they still talk about the extraterrestrial encounter as adults.

It’s tough to argue whether there was an actual UFO encounter and the children in question actually talked with an alien when there are so many witnesses. That being said, extraterrestrial contact stories are becoming much more common these days. Many see it as a kind of psychosis, although the existence of aliens has been confirmed by current/ ex- Government officials of multiple countries.